Based in the Wynd, Vutie Beets is Letchworth's new vegan restaurant. We chatted to brothers, Brad and John to find out more about the place and their plans.

Easy one first up, can you tell us a bit about you and Vutie Beets

Brad - I’m Brad and alongside my brother John we run Vutie Beets, Letchworth’s vegan restaurant. We come from a family of foodies, our Mum has worked in the industry and John has as well. I used to have an office job, but have developed a real passion for food and we hope to make this place a real success.

Where did the idea to open a vegan restaurant come from?

Brad - Having been vegan for three years now, what became really apparent was the lack of options for people to eat vegan food in the local area. If you’re anywhere outside of London, it’s really a struggle.

Initially we had the idea to buy and roll out a vegan food truck, but by the time you’d either bought a new van and kitted it out, or tried to find one that hadn’t cooked and used animal products, the costs worked out the same as having a real bricks and mortar space. So, here we are.

There’s also a bit of a perception that veganism is a bit militant, so we want to educate people that firstly, that’s not the case, we’re a chilled as they come, but also that vegan food is amazing as well.

What made you decide to open it in Letchworth? What’s the reaction been like?

Brad - Being familiar with the area, Letchworth just seemed like a perfect fit.

Firstly it’s got history when it comes to ideas around food, especially vegetarianism, so we liked the synergy there. There's also a good feel to the place when it comes to trying and embracing new ideas.

John - When this space came up, given it used to be a vegetarian shop it was just a good match. When the Heritage Foundation showed us around, they asked us whether we’d be confident in getting people down this way and we always were.

Brad – In terms of the reaction, as John said, we were always confident we’d get a good reaction and buzz from people and it’s definitely turned out that way. Before we’d even opened and just started out on Facebook, the shares and comments came flooding in. It pretty much marketed itself!

Do you get many non-vegans coming in? How do they react when they try something for the first time?

Brad – I’d say 90% of people who come in are non-vegan and either curious about the food or looking to make a change in lifestyle. Their reaction when they try something is always one of surprise. I don’t think people realise you can have food so healthy and tasty that comes from all natural ingredients.

We’re also getting vegans coming in, having some food and then next time bringing family members with them as it’s a place everyone can have something.

What’s been the most popular dish so far?

John – 100% it’s the burgers. The Guac Mac (bean and beet burger, onion rings and guacamole) is probably the most requested. Followed closely by the Neo burger.

We’ve also had an instance of a customer having a couple of pieces of the banoffee pie, then subsequently ask us to make an entire pie for them to take away.

We can verify that the banoffee pie is excellent!

What plans do you have for the future?

John – We’d like to be able to branch out a bit so that, as well as cooking vegan food, we can also promote the vegan lifestyle. It’s not just about non-meat, it’s the reasons behind it. There’s a lot more to be done to improve animal welfare and helping to create a sustainable planet and we want to use Vutie Beets as a platform to talk about these wider issues.

Brad – As I said earlier, we want to do it in a relaxed way, let the food do the talking and then people will be interested to learn more. We’d love to put on community events, talks, music and base them initially out of the restaurant.

People have already asked us about a cook book, so that’s something that we’ll have to consider!

John – On that front, people are asking us about catering and putting platters together for events, which we’re happy to do and have a few menus for already.

John – I’m a big fan of putting raw vegan dishes, but if you asked me which is the one that surprises people the most, I’d say a shepherds pie or lasagne.

You think of those two dishes and couldn’t possibly think you could make a tasty vegan alternative, but you’d be wrong. I love cooking theses dishes and seeing peoples reaction.

Why do you think veganism is becoming so popular?

Brad – There’s a definite snowball effect when it comes to awareness and better education. The more media attention about the health benefits and celebrities becoming vegan, the more people become curious to try it.

There’s also the wider aspect that people are now more conscious about their behaviour and its impact on the environment. Veganism is just one element of that, but can hopefully help drive change to create a more sustainable planet. 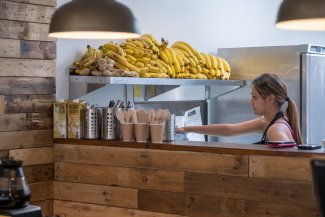 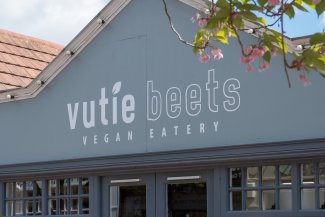 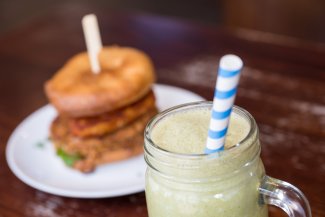 In our latest Business Blog we went in and chatted to Shani and Amanda, owners of Bamboo Turtle, to find out more about the plastic-free store.
Blog

In our latest blog (or vlog in this case) we chat to Holly, owner of the Garden City Brewery, to find out how they've found things in Letchworth since opening in 2016.
Blog

The Enchanted Day Nursery opened its doors to families in Letchworth in October. After giving them time to bed in, we caught up with Director, Clair Davison, to find out more about the nursery and what fun little ones can expect to have!