Looking at the 'Horrible' History of Letchworth

As we prepare to welcome the visit of Horrible Histories at the Broadway Theatre later this month, the team at the Garden City Collection have looked back and unearthed some of the weird and wonderful items and moments from Letchworth’s past.

Would you use Letchworth's near 100-year-old toilet roll?

Letchworth has a fascinating history as the world’s first garden city, but did you know that it also home to a toilet roll from the 1930’s?! The collection care for the roll sold in E. E. Russell’s Chemists on Station Road to this day, although I imagine it probably wouldn’t be great to use at this point!

A roundabout way to get around

You may have known that Letchworth was home to the first roundabout in the UK, which has been at the foot of Broadway since 1909. The area where these six roads converged became known as Sollershott Circus, a very fitting name since until 1921 there was no sign telling drivers to ‘Keep Left’, surely making the ‘circus’ even more chaotic.

This one does seem like it’s been lifted straight from a cartoon, but this contraption is actual a fully functional tricycle. I wouldn’t begin to wonder what the tricycle must be like to ride (I’ll go out on a limb and say…difficult), but it was modelled on the more common Penny Farthing bicycle, which in itself was notoriously difficult to ride.

I can’t imagine a tricycle version improves this!

Tickets are still available to purchase for Horrible Histories on 13 & 14 April at broadway-letchworth.com. To find out more about the Garden City Collection and the history of Letchworth, visit gardencitycollection.com 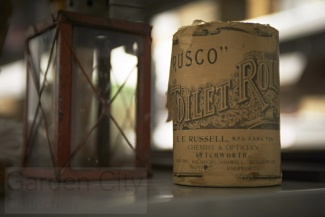 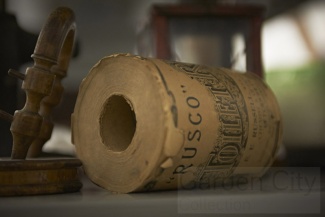 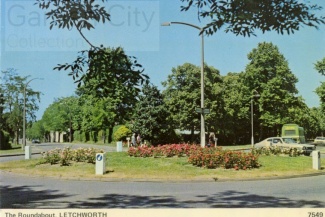 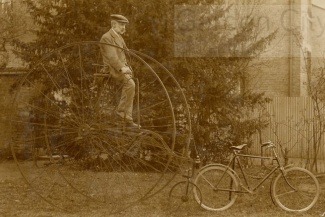 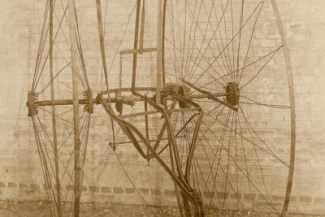