Rich Hall, Hansel & Gretel and a ticket to Guantanamo Bay

With 14 shows running from February to May and a line-up of famous comedians; live music; theatre; children’s classics and new productions from old favourites, the fourth season at Letchworth’s Broadway Theatre cements the venue as a leading attraction within the area.

“I can’t wait to kick things off in February,” commented Broadway Theatre Creative Programmer Sue Scott Davison. “We’ve secured some fantastic household names and old favourites such as Horrible Histories and Pop Up Opera are returning. We’re bringing immersive theatre to Letchworth for the first time in the form of Last Resort. I experienced the production at the Edinburgh Festival earlier this year and I knew then it would make a fantastic evening in the Broadway Studio – I really hope local audiences agree!”

The season opens with a thrilling adaptation of Robert Louis Stevenson’s dark psychological fantasy The Strange Case of Dr Jekll and Mr Hyde, transporting the audience to the myth and mystery of 19th century London’s fog-bound streets where love, betrayal and murder lurk at every twist and turn. A literary classic currently on the English syllabus at senior schools, this gripping and thought-provoking show is unmissable. Saturday 3 February, 7.30pm.

Horrible Histories returns with more favourite characters form the past. This is a new show for 2018, but sticking to the successful formula, features plenty of history with the nasty bits left in. Recommended for children aged 7+ there are two shows on Tuesday 13 February, 1.30pm and 4.30pm.

Also returning is Danyah Miller who will be bringing another Michael Morpurgo classic to life on stage with I Believe In Unicorns. This intimate show is set in a library full of books that hold more than their stories within their pages. Bring a book to swap on stage. Sunday 11 March, 3pm.

Immersion Theatre brings its wildest show yet, with a new musical adaption of family favourite The Jungle Book. Filled with catchy music, audience interaction and the chance to meet the characters after the show, this larger-than-life musical will have you howling with laughter and makes the perfect Easter holiday treat. Monday 9 April, 2.30pm.

Comedians Griff Rhys Jones and Rich Hall play on 3 March and 21 April respectively.  Where was I? features stories and anecdotes as Rhys Jones reminisces on more than forty years of travelling around the globe and across the arid wastes of the BBC canteen.  Rich Hall’s Hoedown brings stand-up, a withering dissection of Trump’s America, plenty of improvised ballads and a damn good time for all.

Remember your school days fondly or preferring to forget? Either way, Blackeyed Theatre’s highly-acclaimed production, Teechers, about life at a struggling academy has plenty to say about education for the ‘haves’ and ‘have nots’. Expect superb ensemble performances, an up-to-date soundtrack, unforgettable characters and razor-sharp comedy. Wednesday 14 March, 7.30pm.

2018 marks 50 years since Dad’s Army appeared on our screens and fans of the series are in for a treat with Dad’s Army Radio Hour on Sunday 25 March. This special show features two talented actors, David Benson and Jack Lane (Wisdom of A Fool), who play 25 characters in this staging of classic radio scripts based on favourite episodes from the original TV series.  Sunday 25 March, 7.30pm.

With her charming understated manner, comic precision and an eye for the absurd details of everyday life, Pam Ayres has been making the nation laugh for more than 40 years. Join us at 7.30pm on Thursday 19 April for An Evening with Pam Ayres.

Pop Up Opera returns to Spirella Ballroom, with Hansel & Gretel. Magical and dark, the production tells the tale of brother and sister Hansel and Gretal as they’re drawn into the idyllic yet dangerous world of the forest. This is the third time Pop Up Opera plays in Letchworth, with previous shows selling out. Saturday 10 February, 7.30pm, Spirella Ballroom.

And the dancing continues with Si Cranstoun: Twisting the Night Away. Expect a night to remember with vocals from powerhouse Si Cranstoun and his band’s blend of Doo Wop, Rock n Roll and Rhythm and Blues. Sunday 29 April, 7pm.

James Mayhew returns to Broadway Theatre for a special afternoon of art and music.  Shakespeare Brought To Life transports the audience back to the sights and sounds of Shakespeare’s world. Watch the stories unfold on James Mayhew’s easel while listening to many original tunes from As You Like it, Othello, Love’s Labour’s Lost, Macbeth, The Tempest, Twelfth Night and Hamlet, all performed on an array of lutes, violins, recorders and viols by Realm of Music. Sunday 20 May, 3pm.

Last Resort presents an alternative future for Guantanamo Bay. The waterboarding has stopped, the noise has been turned down and the military base has been reclaimed as a holiday destination. The audience are the holidaymakers: sit in a deckchair, enjoy a rum cocktail on arrival and feel the sand between your toes. Friday 25 May, 7pm and 9pm, Broadway Studio. 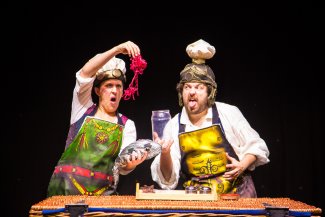 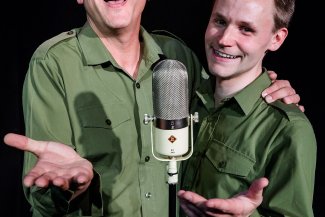 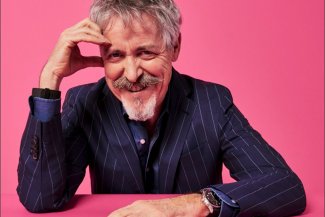