My Letchworth Photo Blog - Letchworth's past and present

Being the world’s first garden city, Letchworth was, and still is, a rather special place. Due to this, many photographs of original architecture and buildings were taken during early developments in the town centre and around Letchworth. The purpose of this was to document her gradual development and preserve the unique style throughout the inevitable changes that would occur. I have chosen to replicate four of the original photos borrowed from The Garden City Collection: The Fox in Willian, the Post Office in Willian, Letchworth Lane cottages and “Underwood Bros:” general ironmongers on Leys Avenue.

The history of The Fox in Willian goes back to 1750, when it was first established as The Orange Tree pub ( later known as The Dinsdale Arms). In 1870 it was rebuilt and renamed The Willian Arms. In 1902, it became The Fox Inn. I have put a section of the original picture onto the photograph I took to show the contrast and changes between the two scenes, whilst also showing the similarities in the building’s appearance.

Willian Post office has changed very little over the years. The most obvious change is the white rendering of the entire outer shell of the building. The original ground floor oriel window has lost its supporting brackets and has become a bay window matching those of the Fox. Also, one of the chimneys was completely removed.

The three cottages in Letchworth Lane appear to have been unaltered through time.

Apart from the alteration to the shop window and shop entrance “Shoe Box” looks pretty much the same “Underwood Bros:”

Not much has changed between photos. Other than a lot of new foliage and the obvious pavement and road surfacing, the “now and then” examples appear to be very similar. This is primarily due to the tough rules and building regulations that Letchworth Garden City rightly implements and has always done since its inception. Looking at old photographs of Letchworth in the early part of the 20th century, I cannot help but notice that the main changes have taken place in the roads and streets of the Garden City and in some public spaces away from architecture where road signs and street lights were non existent and where public safety has now become a great concern. 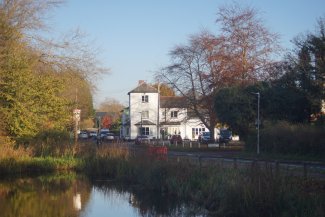 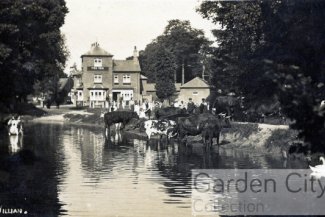 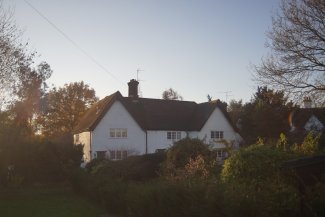 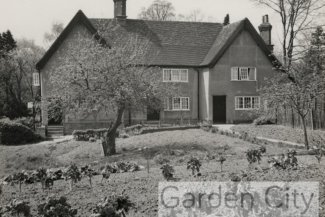 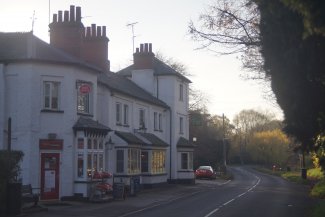 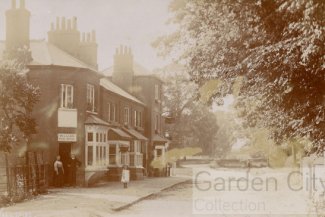 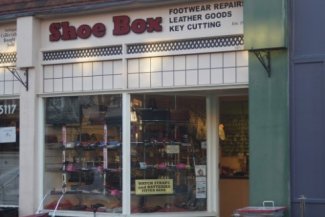 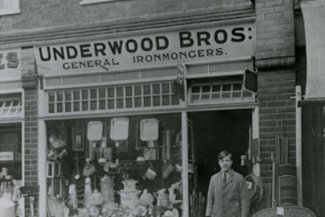 Letchworth resident, James Naufal-Power, is doing his Duke of Edinburgh silver award. As a keen photographer, he is producing a three-part photo blog for us to contribute to his DofE project. His first is about his favourite building in Letchworth, The Cloisters.
Blog

My Letchworth Photo Blog - Wildlife of a garden city

James Naufal-Power is doing his Duke of Edinburgh silver award. As a keen photographer he is producing a three-part photo blog for us. His second blog captures the wildlife of Letchworth.