More than 100 film fans from across the garden city were brought to the event by the Heritage Foundation’s transport team, where they were welcomed by Broadway’s Venues Manager, Jason Valentine and his team.

Silver Sunday is a day where older people are given new opportunities to get out of the house, keep their minds and bodies active, learn new skills, make new friends and connect with the communities and generations around them.  This is the fifth year that the Heritage Foundation has hosted the free event at Broadway Cinema.

Speaking about the day, Jason said: “Silver Sunday is a well-established event in the Broadway calendar and is a huge hit with our older audiences.  Some are regulars to the cinema, while for others it can be their only day out in months.  Tackling loneliness and isolation is an important part of the Heritage Foundation’s strategy and that’s why the team at Broadway Cinema are so passionate about hosting this event every year.  We are grateful to our colleagues in the transport team for carrying out numerous trips across Letchworth to ensure as many people as possible could attend the screening.”

Silver Sunday was launched in 2012 by The Sir Simon Milton Foundation and Westminster City Councillor Christabel Flight, after a report discovered more than a third of people over 75 said they were lonely. The aim then was to celebrate older residents, recognise their contribution to their communities and help them get out and about to meet new people. Eight years on, it is celebrated nationally with more than 50,000 people taking part in a range of events across the UK.

As well as organising Silver Sunday in Letchworth, the Heritage Foundation runs activities through its Active Letchworth programme to keep older people active for longer.  These include positive movement classes, strength and stretch classes and activities such as walking football.  For more information visit letchworth.com/active-letchworth or find them on Facebook. 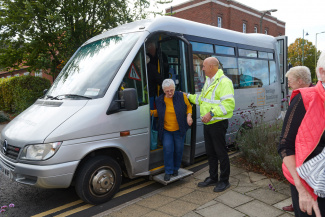 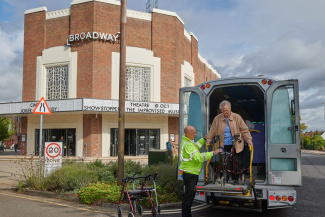 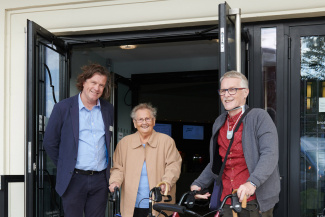 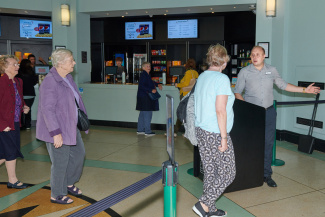 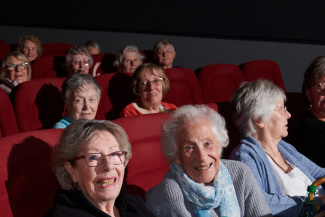 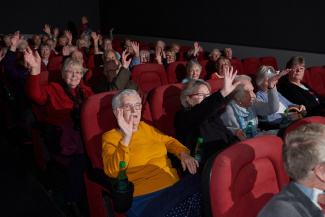 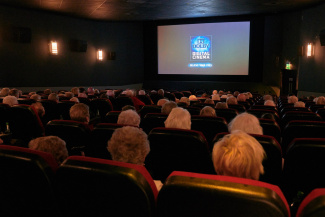